“This just underscores how much harder it is to remove millions of dangerous products from homes than it is to never allow them to be sold in the first place.”

Big Picture: Infant deaths have continued to be linked to these products despite recalls, according to the Consumer Product Safety Commission (CPSC).

Backstory: The CPSC issued original recalls in 2019 for rocking sleepers due to infant deaths, including one made by Fisher-Price and one made by Kids2.

The companies issued a repeat warning this week due to infant deaths occurring *after* the initial 2019 recalls.

Fisher-Price and Kids2 both have noted separately, at separate times, that in "some of the reports, it has been unable to confirm the circumstances of the incidents" related specifically to their products.

Context: 4.7 million Fisher-Price sleepers were recalled in 2019 after "32 deaths were linked to the sleeper"; 70 additional deaths have been reported *including* 8 occurring after the first recall.

“Today’s reannouncement serves as a critical reminder to both consumers and resellers that they should not use, sell, or donate the recalled Rock ’n Play.” Catherine Frymark, spokeswoman for Mattel, the parent company of Fisher-Price.

Here's the re-announcement of the recall for Kids 2.

Here's the re-announcement of the recall for Fisher-Price 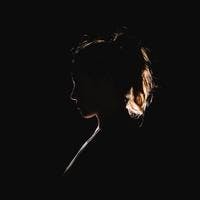