“The [avian] flu is the most important factor affecting egg prices.”

Business analyst at Iowa State University's Egg Industry Center, Maro Ibarburu, on the high cost of eggs in the U.S.

Why? The avian (bird) flu, combined with increased labor and fuel costs. Over the past year, a majority of the birds euthanized due to the avian flu were egg-laying chickens (43 million out of 58 million!). While Ibarburu and many experts say the avian flu is the most significant factor affecting egg prices, CEO and president of the American Egg Board trade group says, "When you're looking at fuel costs go up, and you're looking at feed costs go up as much as 60%, labor costs, packaging costs – all of that ... those are much bigger factors than bird flu for sure."

Looking Ahead: This depends on how the avian flu is contained, some experts say; in the immediate future, prices are expected to remain high. Educator at the University of Minnesota Extension who focuses on poultry, Abby Schuft, says of avian flu, "It's sort of like our covid. Potentially, the major impact is probably done, but it's likely to mutate, linger, and we'll have to learn how to manage it."

Egg prices haven't come down with inflation. Here's why. (The Washington Post)

Is The Price Of Eggs Rising Because Of Inflation? Not Exactly (Forbes) 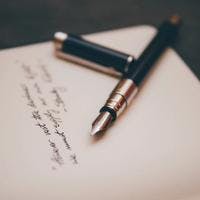