“There has been a consistent increase in pediatric edible cannabis exposures over the past 5 years, with the potential for significant toxicity.”

Researchers at the Southern Illinois University School of Medicine concluded in their study about children ages five and under ingesting marijuana edibles. Between 2017 and 2021, there was a 1,375% increase in reported cases of such instances.

The Study: Using data from 2017-2021, researchers evaluated trends in reported cases of children under six years old ingesting marijuana edibles. Findings: Around 7,000 children reportedly ingested marijuana during the four-year period with nearly one in four of those children being admitted to the hospital. There was a rapid increase year-to-year. In 2017 there were 207 reported cases and in 2021 there were 3,054 cases. Most of the cases involved toddlers (two- and three-year-olds).

Why It Matters: Nearly 98% of the children got the edibles in a residential setting. Co-author of the study, Dr. Antonia Nemanich, said the combination of the pandemic and more states legalizing recreational marijuana likely caused the increase. Because edibles are typically packaged to look like candy or cookies, children “don’t know what it is, and they don’t know when to stop," she said. 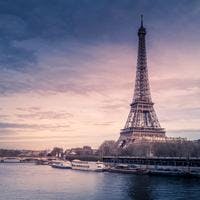